Sydney wants to find out the secret identity of a Secret Santa who is doing random acts of kindness all over the city. During her investigation, she crosses paths with Cole, another journalist chasing the story.

The two agree to team up and quickly grow close, as Sydney realizes that the identify of the secret Santa isn’t the real story. It’s the Lifetime movie, “Random Acts of Christmas” (2019).

Our Review: Random Acts of Christmas

“Random Acts of Christmas” is basically a G-rated Christmas romance take on Batman. (In other words, it’s nothing like “Batman Returns”.)

Playing the role of Bruce Wayne in “Random Acts of Christmas” is Colin Hauer (Kevin McGarry). Colin, like most filthy rich men in this world, made all his money from his vast Christmas decoration empire.

But rather than spend all his excess assets on building wonderful toys meant to fight criminals, he does random acts of kindness. These include handing out bus passes and food, passing out poinsettias, and dropping treats from the sky.

Sydney (Erin Cahill) is essentially Vicky Vale from the 1990 version of “Batman”. She’s the intrepid journalist on the hunt for the secret identity of the Batman – er, make that the Secret Santa.

To help Sydney on her quest, Colin adopts another persona – Cole Howard – to protect his other two identities.

But what about Bruce Wayne’s trusted and loyal surrogate father, Alfred? Oh, he’s here. But in “Random Acts of Christmas,” Alfred is named Howard (Patrick Duffy).

We love the idea of putting down your phone, losing your stress and getting the Christmas spirit.

But “Random Acts of Christmas” is a great idea that is just killed by poor writing, terrible dialogue, and some truly terrible moments – mostly involving the scariest creature ever to grace a Christmas movie.

His name is Ollie (Jaden Oehr).

If this kid had a superpower, he would have been the most terrifying child. Ever.

Seriously, next time you watch the movie, just listen to the lines he’s saying, and imagine him as the villain and that Sydney is living in constant fear for her life, so she must appease him at all times.

But we digress. Let’s break down what actually happened.

The Christmas shower – when the presents fall from the sky, on little parachutes. It was a unique visual if nothing else.

When Sydney sneaks into Hauer HQ, with the accompanying “I’m sneaking in” music.

Plus, when Sydney sees Cole, with some quick thinking, she puts a poinsettia in front of her face so Cole won’t recognize her. That’s a professional investigative journalist!

We’re going to give them a pass on the fact that Colin lies to Sydney for pretty much the entire movie. OK.

Despite that major flaw (which is hardly unique to Christmas romance movies), Sydney and Colin actually had some good chemistry. We liked them together.

We would have liked it even more if we learned a bit more about Sydney. Beyond Sydney being a single mom and journalist, we never did learn all that much about her.

Meanwhile, the movie did a fairly good job of filling in bits and pieces about Colin’s backstory and included some nice details (and clues for Sydney). Such as the ornaments that had “Bliss” on them, and the Silent Night ornament collection.

This storm has certainly made an impact on Lifetime movies in 2019. Not so much in this one – but hey, points for continuity.

Winter Storm Megan got a very brief mention by Perry (Catherine Lough Haggquist), when she tells Sydney that her rival, Andy (Hamza Fouad), reported on the storm instead of the secret identity of Secret Santa.

Poinsettias in the Sky (with Diamonds?)

OK, for the most part, the movie looked very Christmasy. The ornament shop was great and everything was decorated nicely.

But there were a few exceptions.

The poinsettias in the sky? Way over the top. We were wondering if everyone had dropped acid and was having a mass hallucination.

Even worse was the skywriting of “Merry Christmas” at the end. It was SO fake-looking and cheesy.

This was yet another case of “one scene too many”, which seems to be one of the big dissatisfying trends in 2019. The movie should have ended before this, with the family opening presents – maybe tossing in another kiss.

What was odd, though, was Sydney’s turnaround. If she was SO mad at him, why did she go right into positive coverage for him in her broadcast? We were almost expecting Sydney to reveal that Colin was the Secret Santa.

Also odd: we never get an explanation as to why Sydney forgave Colin for keeping this massive secret from him. Sure, he didn’t have bad intentions, but he still lied to her so much.

Instead, Sydney just forgives him. Why, because he got her son that gift he really wanted?

Why do they bother lighting Sydney’s house in the daytime, and then pretend it looks spectacular?

You can barely see the lights because, you know, daytime.

You know when lights look best? At night!

Get ready for three feet of pulse-pounding – oh, it’s over already?

There was a pretty big goof.

At one point, Cole is at Sydney’s house, talking with her and Ollie about going to a petting zoo the next day. After Ollie goes to bed, Cole makes a somewhat abrupt departure.

In the next scene, Sydney is talking on the phone with her mother, Lauren (Jaclyn Smith). And she mentions that Cole left suddenly “the other night”. Indicating more than one day may have passed.

Yet, based on their conversation, the three of them were supposed to go to the zoo the very next day (which would be before this phone call takes place). Yet the zoo scene happens AFTER this scene.

Goof within the goof: They also talked about making balls with seeds inside it to feed to the animals. But they never actually make that. When they do feed the animals at the petting zoo, it’s apples.

Sydney, a journalist, should have known something was fishy immediately. Maybe if she investigated Cole’s story and saw he never did anything journalistic, ever, anywhere.

Just look at Sydney vs. Andy. They were competing for the story.

No journalist would be like, “how about you take this one?” He could have at least pretended to be doing his job.

The workout scene was just weird.

He couldn’t even lift the weight. So he’s Batman, just with no upper body strength?

What was the point of this scene?

At Oliver. So much bad. The yelling of lines. The overacting.

The “yes mom” scene was the absolute worst.

At Sydney’s oversharing with a stranger. (“WHO TALKS ABOUT HER SON WITH A COMPLETE STRANGER?!?!”) When Sydney first meets “Cole” (who seems totally disinterested in talking to her), they share cake and she basically tells him her entire life story, about being a single mom. How does she know this guy she just met isn’t potentially dangerous?

Then, later, Sydney’s mom, Laura, asks her if she’s worried about starting a new relationship. Sydney’s response was a jaw dropper:

“I just need to be sure of any guy that I bring into our life.”

You mean, like the guy you already have told everything to, have introduced to your son, and brought into your house? It’s a bit late for that!

If You Liked “Random Acts of Christmas” You Should Watch

“Random Acts of Christmas” is a nice concept that fails to hit its full potential. It could have been so much better. Let us do you a random act of kindness: If you see this movie on Lifetime, don’t bother watching it. We certainly don’t plan to watch again. 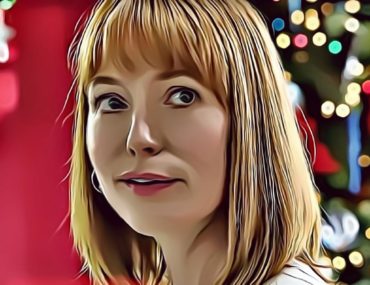 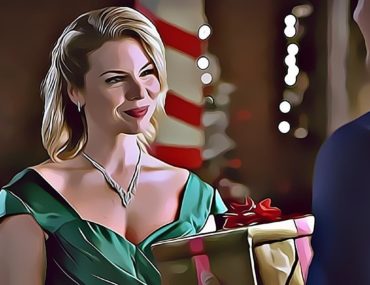